A railbus passes through the picturesque Czech countryside. Inside, people are sitting, talking or being silent, peeking out of windows or sleeping. The train suddenly breaks down and the driver, Miloš, has to get off the train to fix the fault. However, the train, standing on a slight hill, starts to run spontaneously back to the departure station and the terrified Miloš has no choice but to trot after it. The passengers appreciate that they are going again, but soon realise that they are going in the wrong direction. They protest loudly and demand information. The driver’s cab is tightly closed and no one speaks from behind the door. The first panic attacks spread among the passengers—could this be a hijacking, revenge or a complete system failure? 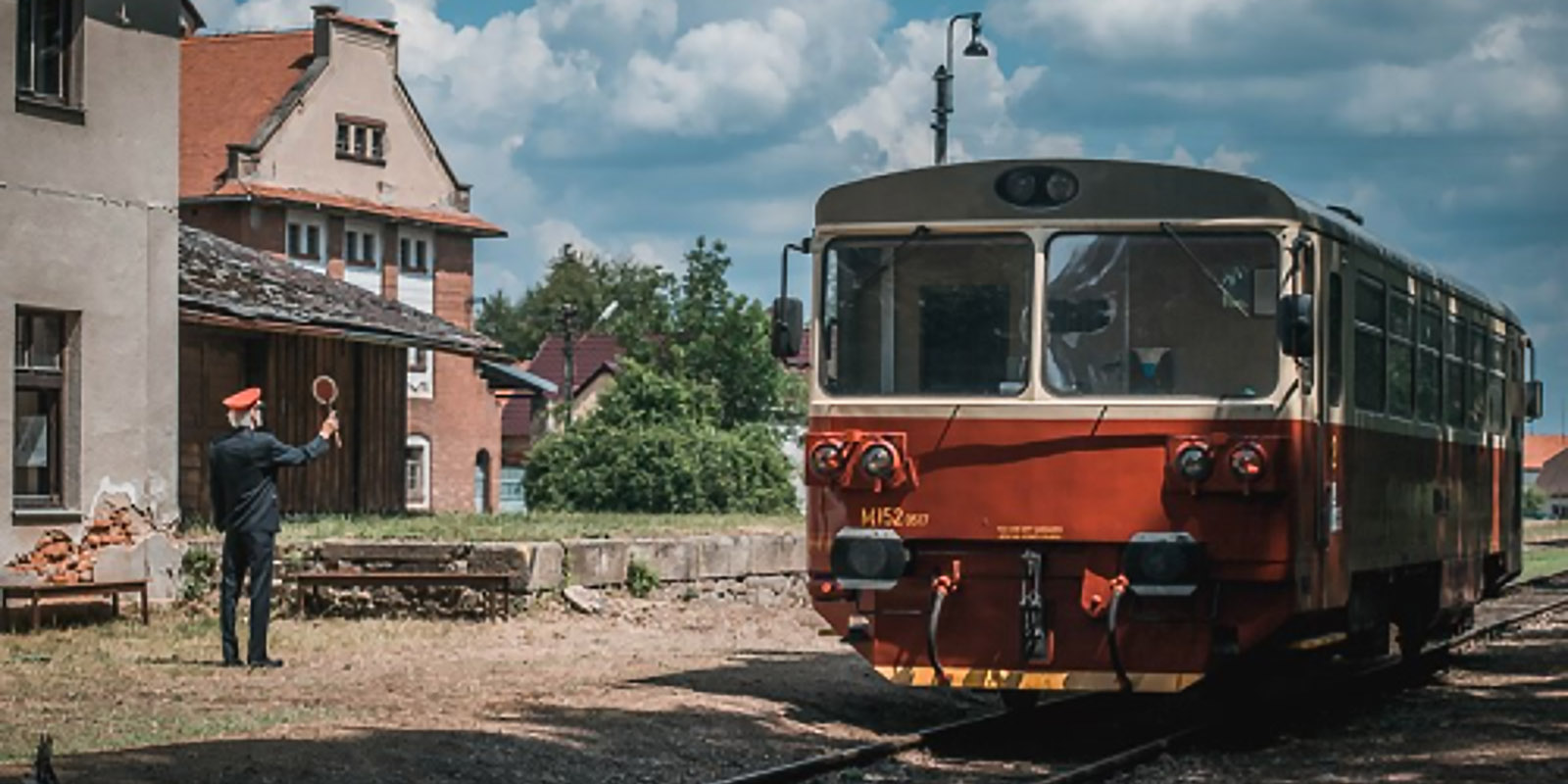