The detective plot of the thrilling story takes place in the harsh environment of the Bieszczady Mountains. In two plotlines—of crime and of investigation—the viewer gets acquainted with the background story of passion and violence. The two plotlines are connected by the principal witness Edward Środoń, who, years ago, appeared on the farm of the Dziabas family by chance and thus started a series of tragic events. The dark atmosphere is intensified by the setting of the film, which is set at the turn of the 1970s and 1980s in the communist Polish People’s Republic. 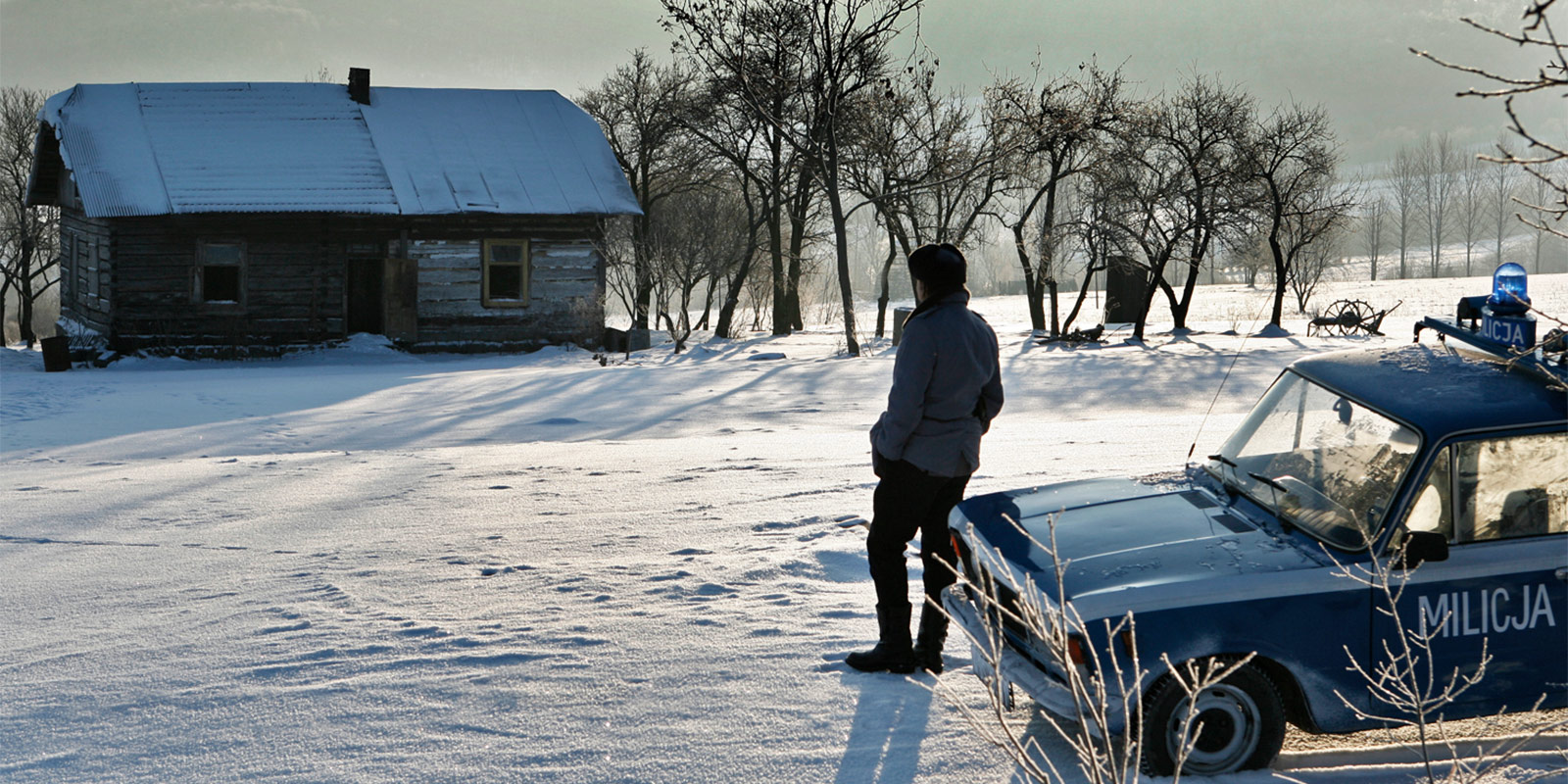